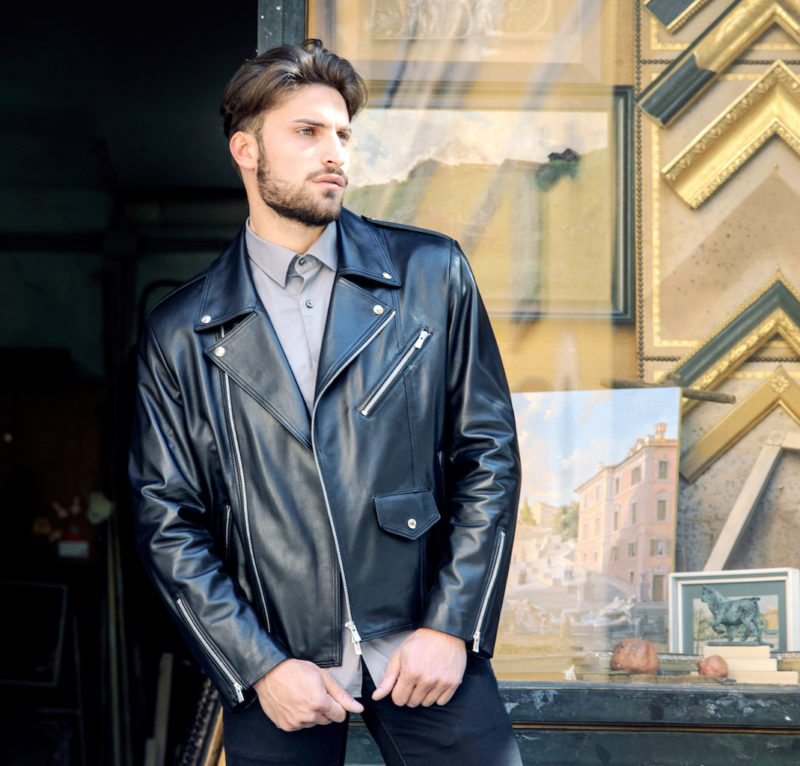 request from a motorcyclist to protect himself from the cold an the rain, the real deal is they

Chiodo biker jacket. It became the official jacket for all the bikers as Long Island the official

Davidson advertaising. Chiodo biker jacket was born to be only in black leather and

durable trought the time for the use of the jacket needed by the bikers instead.

The main characteristics of the jacket are the presences of zippers and buckles,

highest speed. A central zip slighty moved on the side and two zippers on the sleeves.

Rain and wind flap under the central zip in addition.

like Marlon Brando, Elvis Presley, Fonzie and Bruce Springsteen used it in their films o concerts.

Newton used it in some scenes of the film, the Chiodo leather jacket was used by the women

too. Through the years the chiodo leather jacket did not change his main style but some

personalized details were added like patch pockets and pyramid studs as well.

with an incredible style but you wear a piece of history and tradition with a soul in it.

THE BEST LEATHER SHOP IN ROME 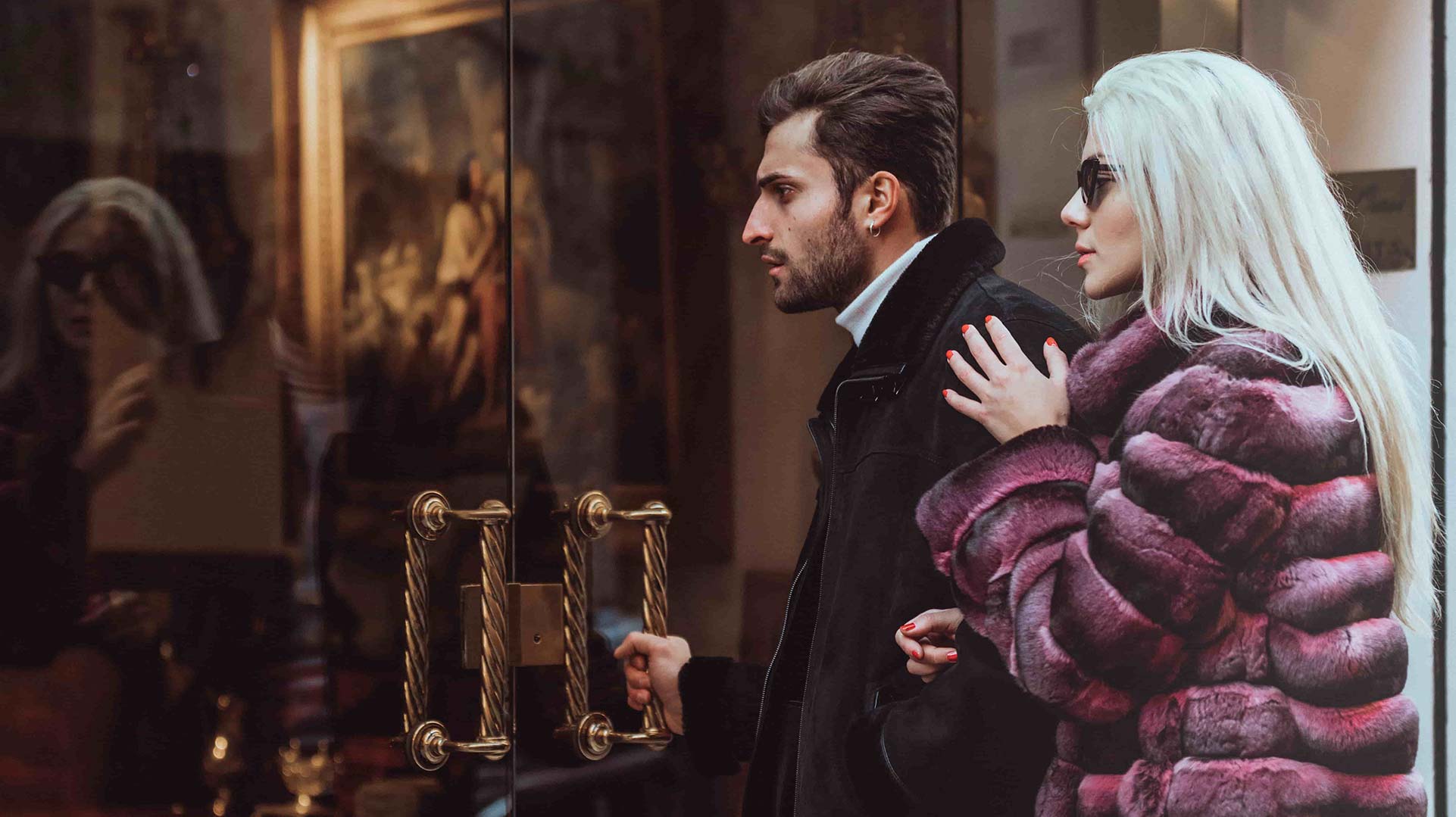 Subscribe to our newsletter and get an additional 10% off you next order on PuntoPelle Boutique.